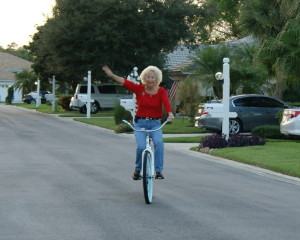 “The Value of Play and Reconnecting with the Outdoors: Addressing Today’s Play Deprivation Crisis!”

Fran Mainella speaks on the alarming growth of play deprivation and the multitude of negative effects it is having on our society. She shares the connection between the disappearance of play, and particularly outdoor play, with rising obesity and diagnoses of ADD/ADHD among other health issues. Also, she shares that decreasing attendance at our national, state, and local parks are linked to this crisis. She recognizes the intrinsic value of play in the lives of all people: early childhood through senior years.

Fran has been a play champion since her early years as a summer playground counselor all the way through her appointment as the first woman Director of the National Park Service and her time as a Visiting Scholar at Clemson University. Fran’s deep belief in the value of play for people of all ages and abilities has resulted in her leadership to create the US Play Coalition, an international organization which she now Co-Chairs. The US Play Coalition was created just three years ago and already is a leading champion of the value of play.

Her appointment as Co-Chair of the US Play Coalition as well as her background as a leader in park and recreation across the world have given her the opportunity to speak to audiences both in the United States and internationally, including Shanghai, China. She has found that interest is keen in the value of play and addressing the play deprivation crisis. Her dynamic energy will engage your audience as she ignites their passion for play and reconnection to the outdoors.